ALPENA, MI – An Alpena man wanted on outstanding warrants was not very cooperative when Michigan State Police attempted to stop him in a parking lot of the local Meijer store. He would lead officers in a chase that included both paved roadways and forest trails.

On Friday, January 29th, 2021, at approximately 2:15 p.m., a trooper from the Michigan State Police (MSP) Alpena Post was trying to locate a suspect, 23-year-old Jacob Kenneth Kuchnicki from Alpena, who had several outstanding felony warrants.

Kuchnicki was observed leaving a residence on M-32 Highway driving a 2000 Chevrolet Blazer and then enter the Meijer parking lot. When the trooper attempted a traffic stop Kuchnicki fled. The chase continued into Presque Isle County and ended in Posen.

The pursuit began on M-32 when Kuchnicki fled west until turning on N M-65. He continued on N M-65 until he reached the village limit of Posen. The pursuit continued down several side streets until he went off the road and began driving on the North East State snowmobile trails heading Northeast. The pursuit continued to Grand Lake Highway and ended on Polaski Road after troopers used a Precision Immobilization Technique (PIT) maneuver and the suspect’s vehicle went into a ditch. Kuchnicki then fled on foot and after a short foot chase he was arrested.

Kuchnicki was arraigned February 1st, 2021, in the 88th District Court in Alpena, on the original warrants from the November 28th, 2020 incident handled by the MSP Alpena Post.

He was charged with one count Possession Controlled Substance Methamphetamine/Ecstasy, one count Resisting and Obstructing Police, and one count Driving While License Suspended. His bond was set at $100,000 cash surety.

He was also arraigned for the latest charges which include one count of Fleeing and Eluding Third Degree, one count Possession Controlled Substance Methamphetamine/Ecstasy, one count Resisting and Obstructing Police, and one count Driving While License Suspended.

Troopers were assisted by a conservation officer from the Department of Natural Resources and deputies from the Presque Isle Sheriff’s Office.

For kids seeking their normal lives, getting the COVID vaccine really is a shot in the arm

Metro Detroit parents and their tweens and teens lined up for the first of two Pfizer COVID-19 shots at pharmacies and other sites Thursday.        [...]

A year of record sales and supply-chain constraints has cut into new and used boating stock as fresh demand surges in Michigan and around the country.        [...]

Michigan's COVID vaccinations are on the decline. How that could change

Adolescents will give a needed boost to Michigan's declining COVID-19 vaccination numbers after the federal Centers for Disease Control and Prevention approved the Pfizer vaccine for 12- to 15-year-olds, experts… [...]

The company has acquired 300 River Place from The Stroh Companies Inc., expanding its presence outside downtown Detroit.        [...] 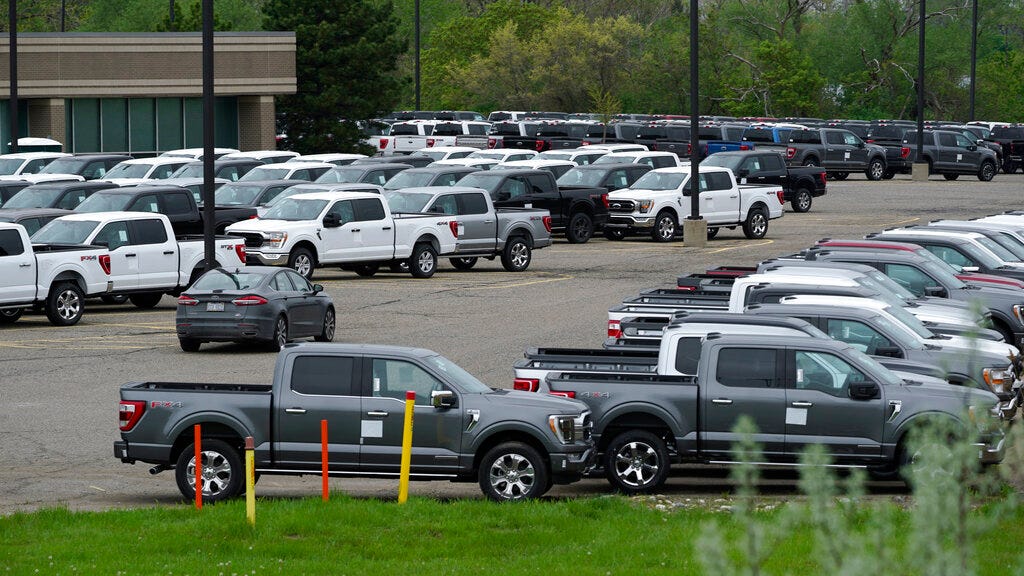 The semiconductor shortage is now expected to cost global automakers $110 billion in revenue this year, according to firm AlixPartners.        [...]

Jiera Shears, a guard, is the first Detroit Mercy player to speak out publicly about the situation with the women's basketball program, which is expected to return none of last… [...]

A judge says he will review under seal mental health records of Ahmaud Arbery to decide whether they can be used at trial by defense attorneys for the men charged… [...]

Salt Lake City man was stalked by a cougar during hike, video shows

A man had a close encounter with a cougar on Thursday in Big Cottonwood Canyon and caught it all on video. [...]

Bedrock, the real estate company owned by Dan Gilbert, has purchased a group of buildings and land along the Detroit Riverfront. [...]

12 killed when bomb explodes in mosque in Kabul, Afghanistan

Israel has massed troops along the border and called up 9,000 reservists as fighting intensifies with the Islamic militant group Hamas, which controls the Gaza Strip [...]

Rep. Stefanik has a moderate voting record but turned into an avid defender of former President Donald Trump and his unfounded claims of 2020 election fraud. [...]

Voca Ford, a Tri County High School senior, started taking college classes when she was 12 years old and has now earned her Associate's degree from GRCC. [...]

Jackie Appleman of Right to Life Michiana said her organization didn't promote any religious or moral views during the health class presentation. [...]